The “MSSU World Tour” rocked the campus during the 2019 Homecoming celebration, held Oct. 4-5.

Events included the annual picnic, parade and awards dinner, as well as an event celebrating 35 years of television programming for KGCS-TV.

Several alums were recognized with special awards recognizing their accomplishments and support for the university.

Robert Roth, ’86, a special agent with the FBI, was one of the first to respond after the Pentagon was attacked on Sept. 11, 2001. He was later diagnosed with multiple myeloma as a result of exposure to the air in and around the Pentagon and died in 2008. Tresa has worked in Washington, D.C., to further the support for the survivors of 9/11.

“It’s humbling to know he is thought of here and it’s an honor for our family,” Roth said during her visit to campus. Also recognized as a Distinguished Alum was Emily DeFranco, ’92, a productive clinician scientist at the University of Cincinnati College of Medicine and the Center for Prevention of Preterm Birth at Cincinnati Children’s Hospital Medical Center.

This year’s Outstanding Family Award went to the Mark and Stacie (Riggs) Baker family. Both graduated from Missouri Southern’s School of Education in 1992. Mark serves as superintendent of the Carthage R9 School District, while Stacie has taught fourth grade in Carl Junction for 27 years.

They have two children, Emilee and Alex Baker. Emilee, a junior education major at MSSU, was the 2017 recipient of the Golden Lion Award in recognition of her volunteerism efforts. Alex is a junior at Carl Junction High School and has been recognized for his athletic abilities.

Nominations for the 2020 Homecoming awards can be submitted online by visiting mssu.edu/alumni and clicking “Recognition Awards.” 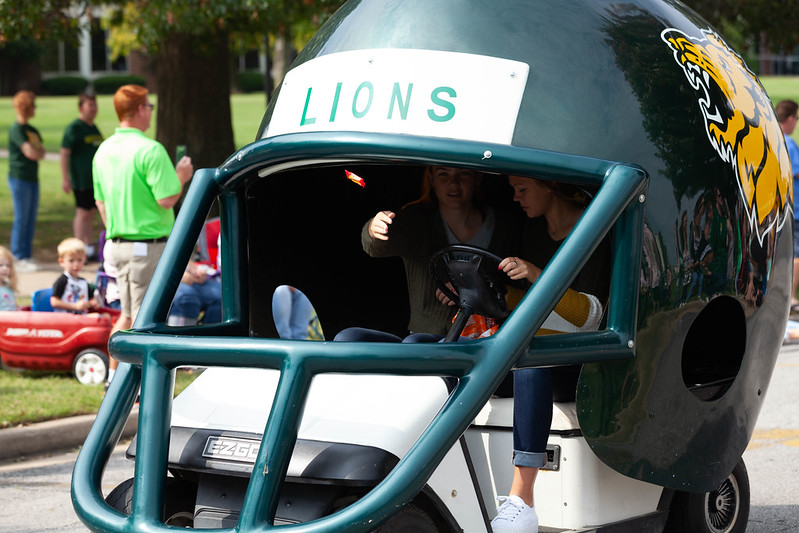