What is it that North Korea wants?

With the heated rhetoric about the country’s nuclear ambitions dominating headlines, the question was a timely one for Dr. Sheena Greitens to address during a presentation on Sept. 7 at Missouri Southern.

Greitens, co-director of the Institute for Korean Studies at the University of Missouri and Missouri’s first lady, spoke about the American national security implications of current developments in North Korea as part of the Korean Semester offerings.

“It’s easy to dismiss (their threats), but they’ve delivered on what they’ve promised,” Greitens said, in terms of the country’s nuclear program. “At this point, they have developed the capability (to target the United States).” 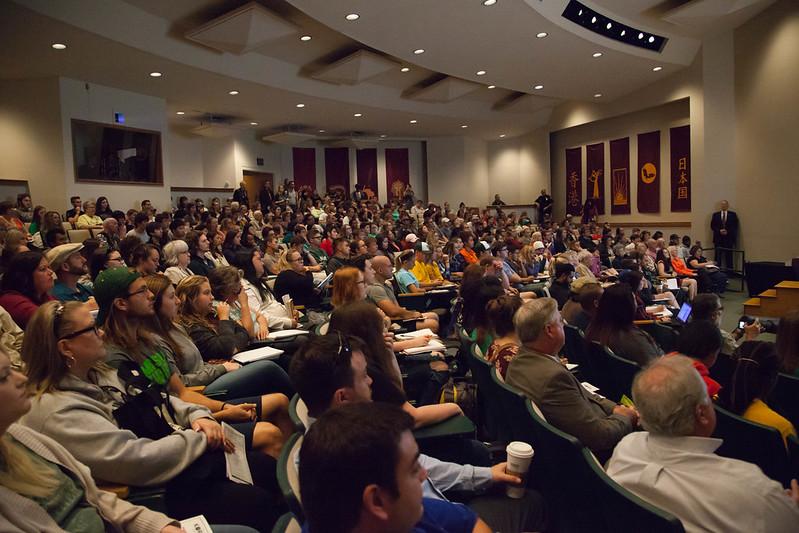 Missouri, she said, has a history of “robust economic relationships” with Korea, dating back to an exchange program developed under President Harry Truman that allowed South Korean students to come to the state’s public universities to study. There is also a sizable community of Korean adoptees in the state, as well.

Greitens said her own interest in Korea began when her parents adopted her younger sister from South Korea.

But back to that basic question of what is driving North Korea’s rhetoric and nuclear program – it boils down to several basic factors, she said.

“The first is simply to survive,” she said of Kim Jong-Un, the country’s leader, along with his family and inner circle.  “They also aim to reunite the Korean peninsula under North Korean leadership.”

Following her presentation, Greitens took questions from audience members and signed copies of her book, “Dictators and Their Secret Police: Coercive Institutions and State Violence.”