When Teatro Travieso presented its acclaimed production of “Women of Ciudad Juárez” in January, it marked a homecoming for director Jimmy Noriega.

While he had been involved in theater as far back as an elementary student, it was at Missouri Southern that he realized his potential as a director.

“I started out (at Missouri Southern) as an actor,” he says. “But I took a directing class and realized I had a strength. It gave me the confidence to do it and the awareness of something I was good at.”

“Women of Ciudad Juárez” gives voice to the voiceless – the countless female murder victims from Juárez, Mexico. From mothers and daughters, factory workers and prostitutes, family members and police investigators, the play speaks out against what the production notes call “a gross display of injustice.”

The original production – written by Mexican actress Cristina Michaus – was staged in monologue form as a one-woman show. It ran for more than six months and toured throughout Mexico over the next decade.

“I directed it originally in Spanish in 2011,” says Noriega. “With the theater company I founded, Teatro Travieso (Troublemaker Theatre), I debuted the English version in 2014.”

When adapting it into English, Noriega fleshed the work out to feature four actresses.

“Each actress plays two or three characters,” he says. “I worked to connect the dots between which roles they play. I had the option the first time of using professional actresses, but I wanted to use women young enough for them to relate to the audience.” 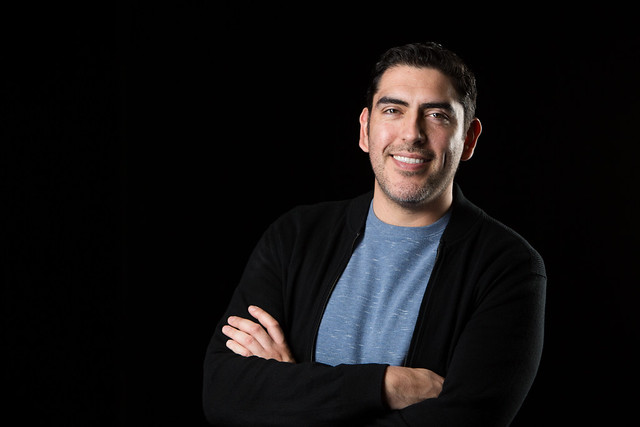 Since the English version’s debut, the play has been performed 28 times in the U.S., Canada and Belgium, including shows at Dartmouth College, Yale University and Cornell University. In 2015, Teatro Travieso received an award for Making Theatre an Important Catalyst for Sociopolitical Change during the Kennedy Center’s American College Theater Festival.

“The performance at Southern started our fourth year of the tour,” says Noriega. “I never imagined it would be such a long-term production.”

In addition to serving as director of the theater company, Noriega serves as an associate professor of theater at the College of Wooster in Ohio. He received his Ph.D. in theater arts in 2011 from Cornell University.

The level of success he has found with the production comes as little surprise to his former professors, says Anne Jaros – associate professor of theater at Missouri Southern and current chair of the department.

“Jimmy was an outstanding student, and we knew he was going to do something wonderful,” she says. “He was always driven to success. “He was very good at finding a way to do the things he wanted to get done. We always trusted him to do a good job, and he never disappointed. He was the kind of student every teacher wants to have in class.”

Noriega says he was excited to return to Southern, and for the opportunity to meet with current theater students to talk about his experiences.

“Southern is where I started learning about direction,” he says. “The last production I directed there would have been in 2005. It was kind of exciting to bring my most successful show to the place where I started.”