Kayla Willis pulls back one of the bar stool chairs and takes a seat at the kitchen island.

“We love this spot,” she says. “It’s a great place for us to sit around and talk.”

She and her three roommates have only been living in the Quads for a few weeks, but it’s something she spent the last year anticipating. Throughout the fall and spring semester of 2014-2015 school year, Willis, a sophomore health science and business major, would walk past the construction site, taking in the progress as the six buildings began to take shape. “I was so excited. I signed up the first day we could register”

The apartment -style units were far from the onlyo take shape. “I was so excited. I signed up the area of construction on campus at that time.

Far from a criticism, Jennings says he marveled at the university’s capacity to pull off several major construction projects at the same time.

No less than five major projects- totaling more than $30 million – have helped to reshape Missouri Southern’s landscape over the last few semesters. It’s progress on a scale not seen since a groundbreaking for the new campus was held on the grounds of the Mission Hills estate in 1966.

“The residence halls and the FEMA shelter were planned together,” says Robert Yust, vice president for business affairs.

“The fundraising for the baseball stadium, the End Zone Facility and new turf for the football field all happened on different time frames, but it all happened to coincide at the same time.”

Located adjacent to the existing dorms, the complex consists of six buildings and 51 students apartments, the majority of which have four bedrooms (hence the name “The Quads”) Joplin’s R.E. Smith served as construction manager and contractor for the $14-million project, which was completed in time for the start of the fall semester.

Speaking just as a student who lives in one of the new buildings, Jennings says he enjoys living in a place that “feels more like home.”

“It feels more like living in an apartment,” he says. “You have your own bedroom, a kitchen, a microwave. And having your own washer and dryer is a lifesaver.”

Jennings also looks at his new home from the perspective of his role as a Resident Assistant, working to assist other students who live on campus. The transition to the Quads was a surprisingly easy one, he says.

“It was a surprise to me how people seemed to mature moving from Blaine Hall into the Quads,” he says. “Everyone here has had experience living in the dorms and seemed to look at it as ‘this is an opportunity for me to get my own place.’”

As work continued on The Quads, another new structure went up directly adjacent to them.

An 11,000-square-foot FEMA shelter – also constructed by R.E. Smith and designed to hold 2,000 people – was turned over to the university in May.

“When Joplin activates the sirens on the north side of the city, the doors will automatically unlock.”

The total cost for the shelter was just over $2 million, with Federal Emergency Management Agency to cover 75 percent of the eligible cost.

The weight room is packed on this Tuesday morning as members of the Lions football team gather for one of their three-a-week training sessions. It’s early, but there’s plenty of energy being expended – the sounds of weights crashing down fill the room as they complete their reps on the new, MSSU-branded equipment.

“It’s definitely an exciting feeling,” says Mike Nelson, a senior physical education major and wide receiver for the football team. “We have all new equipment right next to the locker room, and we’re right next to the field. Everything is here.”

The North End Zone Facility was completed in time for the start of the fall semester, providing an eye-catching addition to Fred G. Hughes Stadium and a resource for student-athletes, alumni and fans.

The $9 million project was developed through the university’s partnership with Freeman Health System and other donors. Crews from R.E. Smith began construction in the spring of 2014.

Its completion marked the realization of a dream shared by members of a steering committee assembled nearly a decade ago. At nearly 45,000 square feet, the building houses locker rooms for multiple sports, an athletic training room, meeting rooms, a Hall of Fame, offices for coaching staff and an alumni event center.

“This state-of-the-art building is one of, if not the best, strength and training facilities in all of Division II,” says Jared Bruggeman, Missouri Southern’s director of athletics.

“I love being in this beautiful facility,” says Nelson. “It’s great being able to walk out right onto the field rather than have to walk across the street. It really brings a new energy to the team.”

Also in place for the start of the football season was brand new turf, thanks to a sponsorship by Mercy Hospital Joplin.

Featuring Mercy’s logo in two locations, the turf is 120 yards in length and 70 yards in width. Work began to remove the old turf – which had reached the end of its useful lifetime – in mid-summer.

On a sunny February morning, just days before the Lions baseball team made their season debut at the campus’ new baseball stadium, it was hard to miss the spring in the players’ steps as they made their way across the pristine turf.

“It’s nice to be able to have a field we can call our own,” says Tee Helsel, the Lion’s first baseman.

Formed in 1972, the Lions baseball team initially played on the flood plain below Spiva Library before moving to Joplin’s historic Joe Becker Stadium. While a wonderful place to play, it posed challenges in terms of transportation for athletes and students, having to share the field with other programs and a lack of training facilities for injured players.

“We have a great relationship with the city and Joe Becker, but it was clear the best thing for our student-athletes was to be on campus and have a facility easily accessible to the student body,” says head coach Bryce Darnell.

The $2.5 million project was made possible through a fundraising campaign initiated by the MSSU Baseball Advisory Committee in collaboration with the Missouri Southern Foundation. Ground was broken during a ceremony held Sept. 25, 2014.

The new stadium – designed by Corner Greer & Associates, with Crossland Construction overseeing the building – includes amenities such as state-of-the-art synthetic turf, regulation lighting, batting cages and bullpens, fan seating for 600 and a modern concessions area. A donor wall offers thanks to those who made the project possible.

The stadium was formally dedicated on April 18, with the announcement that it had been named Warren Turner Field.

In their inaugural season at the new stadium, the Lions proved they were more than able to live up to the legacy of the field’s namesake. The team earned an MIAA conference championship and a berth in the NCAA tournament.

While the landscape of Missouri Southern’s campus has been reshaped over the last two years, work isn’t finished.

“Critical” is the term Dr. Michael Garoutte uses when describing the necessity of the renovations and remodeling set to begin next year in Reynolds Hall.

“But, we’re good at taking care of what we have, which is why we’ve been able to function in the same facilities for 50 years,” says Garoutte.

Completed in May of 1967, Reynolds was the second building on what was then the campus of Missouri Southern College. An expansion in 1988 nearly doubled its size at a time when a rapid increase in enrollment was straining the capacity of the relatively new campus.

Today, Reynolds Hall houses the biology, environmental health, physical sciences and mathematics programs. The coursework offered in the building is in high demand, as it provides prerequisites to nursing and allied health students.

During two visits to campus of the last year, Missouri Gov. Jay Nixon announced funding that will allow for much-needed renovations. He recently signed House Bill 19, which will provide $5.2 million for the project, as well as House Bill 17, which contains an additional $1.5 million – an amount that will be matched by the university.

The design process allowed those taking part to think toward the future by laying out classrooms and labs more suited to facilitate learning.

“From my perspective, the best part has been contemplating what we can do academically in a renovated facility that we can’t do now,” says Dr. Paula Carson, Missouri Southern’s provost/vice president of academic affairs. 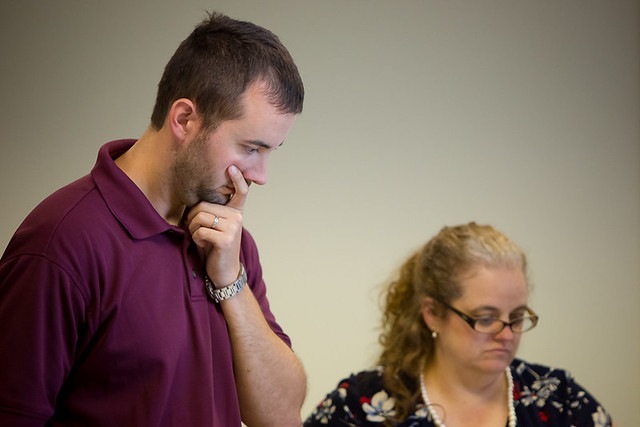