“The best defense is a good offense.”

It’s an old adage that has been applied to games and warfare. And based on a wide-ranging discussion that took place during the recent Cyber Awareness 360º workshop at Missouri Southern State University, it also fits when it comes to fending off less than savory characters on the Internet.

Speakers included Michael Roling, chief information security officer and head of the Office of Cyber Security for the state of Missouri, as well as Chris Lamb, a special agent and member of the Cyber Action Team for the Federal Bureau of Investigation.

Among those taking part in panel discussions were several Missouri Southern alums. 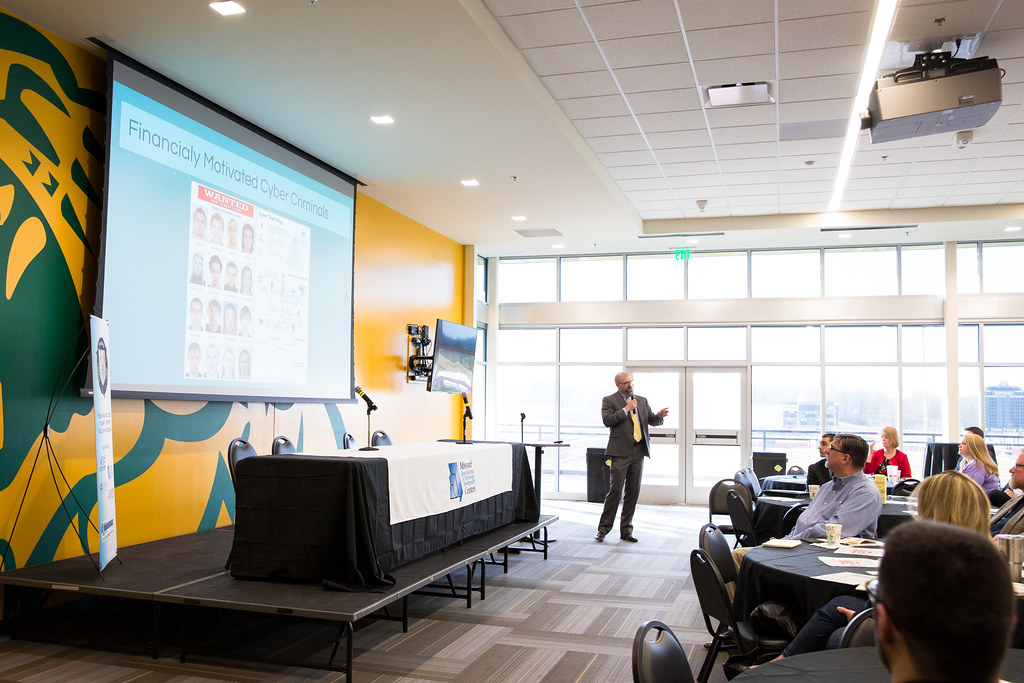 “Hackers are well funded and under no regulations,” said John Motazedi, owner of SNC Squared, an IT services company based in Joplin. “They have better equipment than most companies do for themselves. They use social engineering to talk you out of money or create algorithms to hack and crack passwords.

Motazedi, who received his bachelor’s in computer sciences from MSSU, said that protecting people against attacks can be difficult.

Karma Wright, treasury management advisor with Arvest Bank and a 2009 Missouri Southern graduate, said that hacking and attempts at online fraud are much more common than people think.

“A lot of times, people in our area don’t think about it as something that happens here,” she said. “In my line of work, I see it daily.”

Wright, who sat on the conference’s financial panel, said it’s important for people to become educated about financial risks they could face.

“Some people think the FDIC protects them in the event of any loss, but that’s not the case,” she said. “They’re covered in the event the bank fails, but not for losses due to a cyber breach.”

James Richards, the CEO of Stronghold Data who studied accounting at Missouri Southern, said events such as the Cyber Awareness 360º workshop are extremely important in terms of educating business owners.

“They’re seeing a unified front today from local IT vendors, banks and insurance companies,” he said. “We do a lot of work with the SBTDC and know how important this is for the community.”