A generous $1 million gift for the establishment of the Debra and David Humphreys Excellence Award was announced in January.

The Humphreys are known for their support for education in the region. David Humphreys has served as the Chief Executive Officer and President of Joplin-based TAMKO Building Products since 1994, a company which his grandfather started in 1944. He and his wife, Debra, played an integral role in the establishment of Thomas Jefferson Independent Day School, an independent, private school founded in Joplin in 1993. Debra serves as chair of the school’s Board of Trustees. 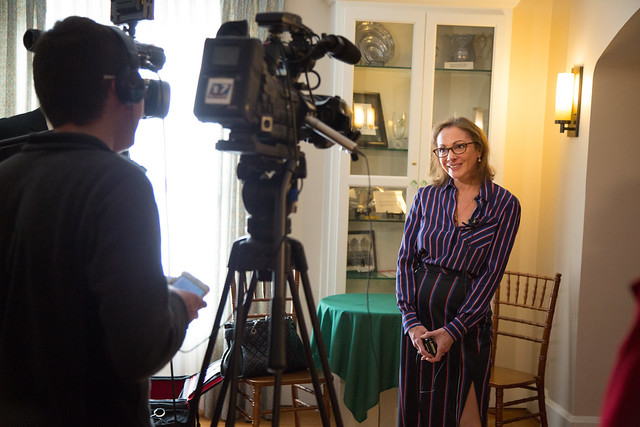 The Debra and David Humphreys Excellence Award will be given to Missouri Southern students over the next 10 years. The annual recipients of the award – Humphreys Scholars – will be graduates of high schools within 50 miles of Missouri Southern majoring in biological and physical sciences, mathematics, education, accounting, finance, engineering technology or computer science.

The funds awarded will cover at least 50 percent of their tuition for that school year.

“Missouri Southern State University serves a vital role making a college education available and affordable in our community,” said the Humphreys. “We hope that our scholarship gift will help offset the financial burden of tuition and enable more students from Joplin and surrounding areas to obtain their college degree from MSSU.”