Former Missouri Gov. Jeremiah W. (Jay) Nixon was the special guest at a late November groundbreaking ceremony for a new building that will bear his name at Missouri Southern.

Last fall, Missouri Southern’s Board of Governors voted unanimously to name the new building for Nixon, citing his efforts to garner bipartisan support for the project as well as his support for Joplin following the 2011 tornado. 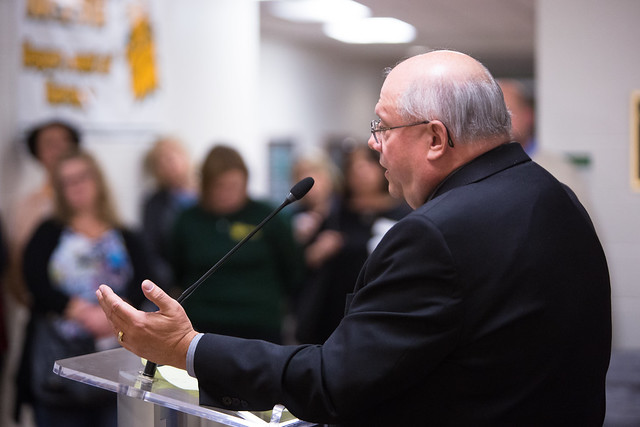 In June, the governor signed two bills providing more than $16 million in funding for the current renovation of Reynolds Hall as well as a new building.

Located on the south side of Reynolds Hall, Nixon Hall will be connected via a skywalk off the main hall of Reynolds’ second floor. Designed by Paragon Architecture, the three-story, nearly 20,000-square-foot building will feature classrooms and offices, primarily for STEM-field programs.