When None the Wiser took the stage at JB’s Downtown Joplin as part of Joplin’s new Zerkapalooza music festival, it marked something of a turning point for the band.

Not only was the late August performance in front of their biggest audience yet, it marked the first big show with a solid lineup and a chance to further establish themselves in the Joplin music scene.

In March, None the Wiser released an album, “Full Circle,” on a variety of Internet platforms, including Spotify, Amazon and Google Play. The album showcases the band’s indie influences as well as its acoustic roots, and its ability to weave its way through folk, melodic numbers and big pop choruses.

During their performance at Zerkapalooza, None the Wiser had a chance to perform on the same stage as Someone Still Loves You Boris Yeltsin, an indie pop band from Springfield, Mo., that grew into a national act after forming in 1999.

That band’s career trajectory is one that members of None the Wiser would love to emulate.

“Right now, we’re in the beginning stages of trying to become a regional band,” said Smelser. “From there, we’d love to become a national act. That’s how Someone Still Loves You Boris Yeltsin gained national popularity. They’re able to go across country, book shows and sell out venues.”

Recent shows have stretched beyond Joplin to include performances in Mount Vernon, Wichita, Kan., and Pittsburg, Kan. The Zerkapalooza performance stood out, however, as it allowed the band to continue making inroads in the local music scene while becoming part of the #BringBackTheHall movement – a push to raise funds to make renovations to Joplin’s Memorial Hall and restore its place as a hub for live music.

Jon Buck, the organizer of Zerkapalooza, said 3,000 people attended the three-day festival, which featured 70 bands on nine stages. A portion of the proceeds raised during the event will go toward repairs needed at Memorial Hall.

Buck said that having None the Wiser and other acts featuring Missouri Southern students can help to bolster Joplin’s music scene.

“It’s a very positive thing that they’re taking a more active role,” he said, adding that Columbia and Springfield are examples of the kind of thriving music towns that Joplin could become. “But you have to have college bands in the music scene to help create that kind of lifestyle.” 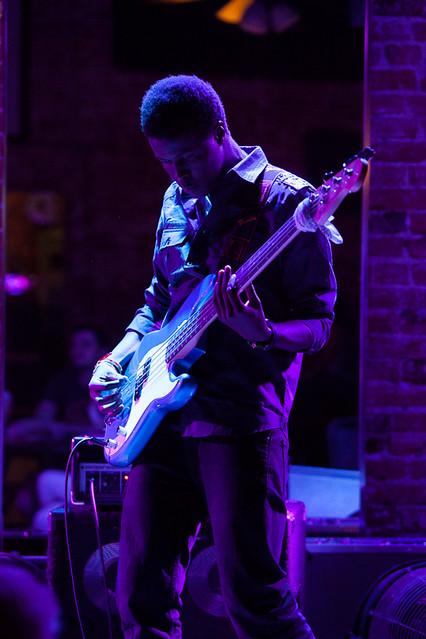